This is a common question often asked by owners of tortoiseshell cats. We know that 'torties' have plenty of tortitude, but how large can you expect your tortoiseshell cat to be when she is fully grown?

There are a few things that it is useful to understand when considering how big tortoiseshell cats will grow. 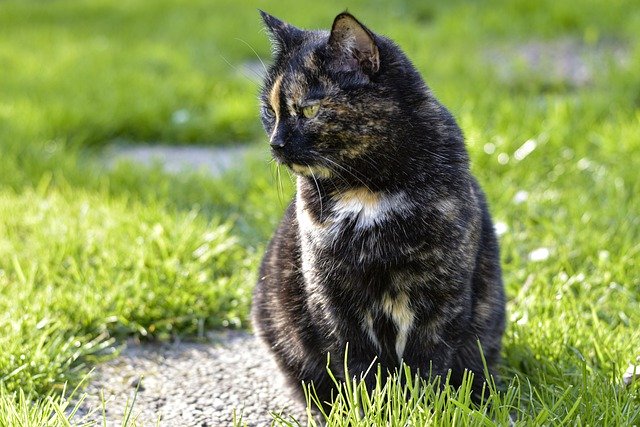 The size depends partly on the breed

The first of these is that tortoiseshell cats are not a breed.

The name tortoiseshell comes from the cats’ resemblance to the partly coloured shell of the tortoise. Tortoiseshell cats have a combination of 2 colours other than white.

The most common combination is black and red but the “black” can be chocolate, grey or blue and the “red” can be orange, yellow or cream. This combination of 2 colours other than white can occur in a variety of breeds such as: American shorthair, Angora, British shorthair, Cornish Rex, Japanese Bobtail, Maine Coons, Persian, Ragamuffin.

So the size of the cat will depend partly on the breed.

Another important factor in how big tortoiseshell cats get is that torties are almost always female.

As in all mammals the male is usually larger than the female so as tortie cats are female they are on the smaller side of the domestic cat family.

This is partly because most torties are female, and as with most species the females tend to be slightly smaller than the males. And as tortoiseshell cats are not a specific breed, the size is also determined by the breed of the cat.

Do you have a particularly large or small tortie? Let us know in the comments below.

16 thoughts on “How Big do Tortoiseshell Cats Get?” 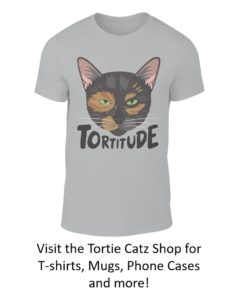